Showing posts from December, 2017
Show all

My 2017 season is filled with ones that got away 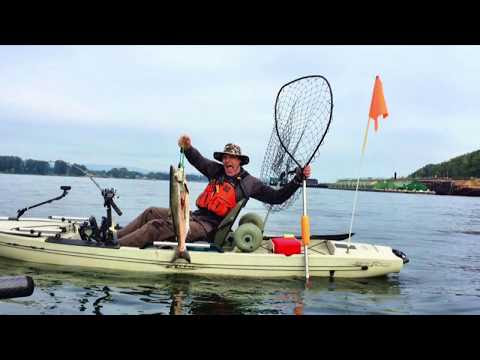 This year will be one for the books. I was reorganized out of my position in July after more than 20 years, and while taking time to determine my future career goals, I spent time on the rivers and bays fishing for salmon and surfing on my laptop. I can certainly attest to the stability of a Hobie Pro Angler. Overall, the summer and fall seasons followed a tough spring season where I caught no salmon on the kayak and only a handful while fishing the ocean on Don's boat . The late winter/early spring was great for bottom fish but this year's tuna and halibut seasons were tough. Luckily it was saved by an epic  birthday tuna trip in July. I was also able to open up some space in the freezer when I tried my hand at canning tuna for the first time - yes, canned Oregon Albacore tuna does taste that good. With climate change, the salmon seasons are also changing and the fish seem to show up later. This was best exemplified by the emergency regulation change on the Willamette a
Read more
More posts