Showing posts from September, 2014
Show all

One "willy" big bass and the first on the AOTY board 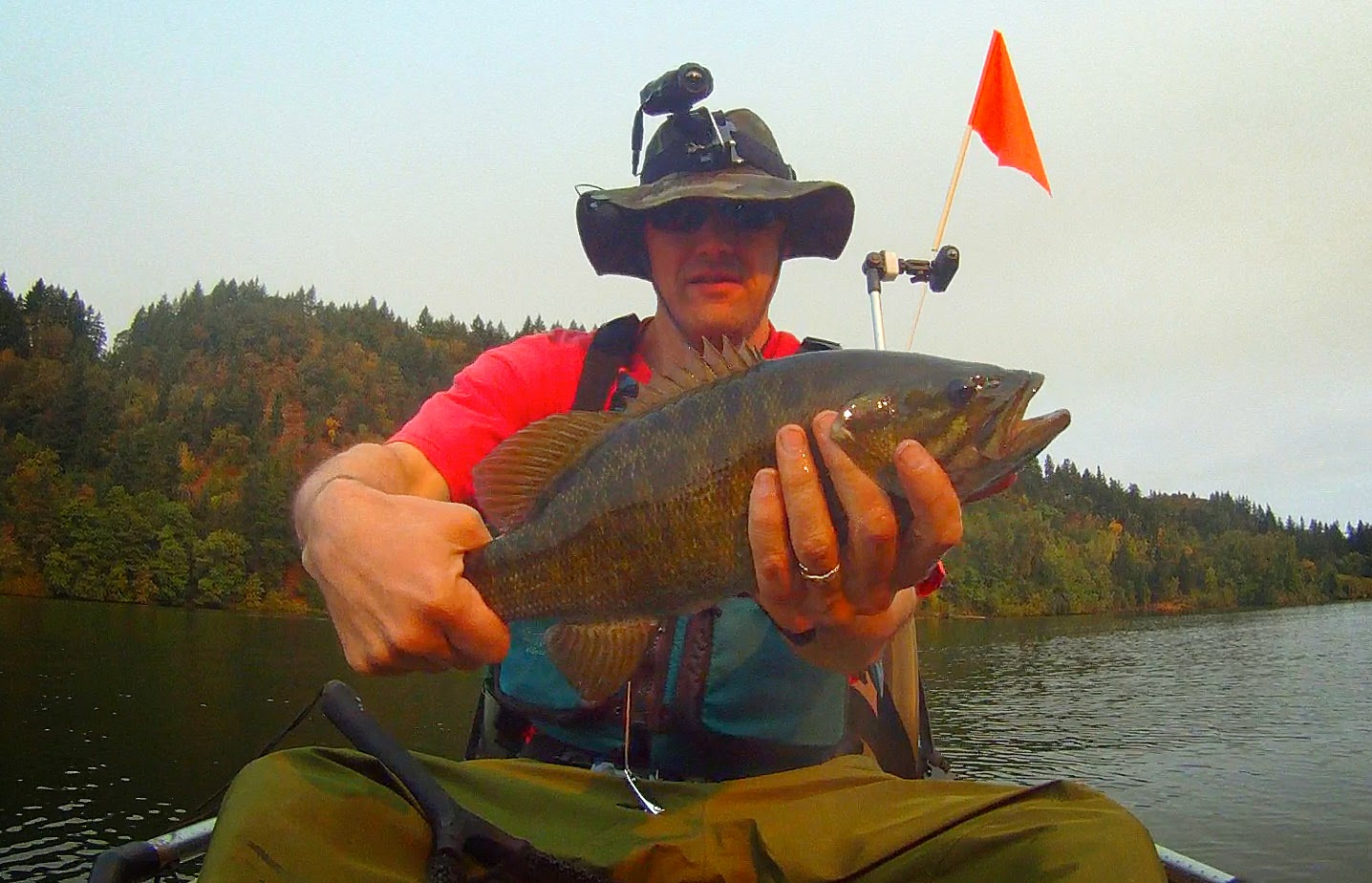 Okay, the headline is bad, but the fish was big.

A recent trip on the Willamette River near West Linn Oregon netted a nice smallmouth bass. The trip was a first for me in the kayak in these waters. I have fished them several times for coho in one of my many previous boats but never the kayak. An added bonus for the day was taking nephew Travis out for his first kayak trip in a Hobie.

The weather was great with little wind and warm temperatures. We took out early in order to have time on the kayaks without the powerboats. Since this was expected to be the last weekend of the summer with temps in the 90s, I was certain we would see several boats.
It took us little time to gear up the kayaks and we were underway by 8 a.m. We crossed the river and I started fishing close to the shore while Travis started snapping photos with his iPhone.
It didn't take long to get into a bass and I quickly brought in an 8-inch smallmouth. I showed it off to the camera and started back at it. I was t…
Read more

Back to my roots and building a kayak on a budget 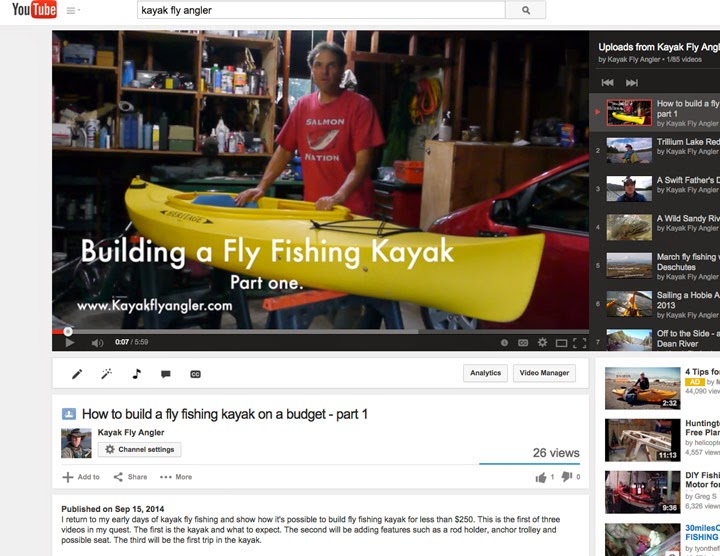 Moving into our new home has meant change. Mostly good with new remodeling challenges, more space and the joy of living with big trees. The new home also meant returning to a tighter budget.

My family spent 10 years getting our previous house fixed up allowing me more time and money to spend on fishing. Since I spent most of the money from the sale of my aluminum fishing sled, I have to returned to a limited budget until we get through the big house projects.

The challenge reminded me how I started out with my Old Town Otter and seeing how I could make it into a fishing kayak. Because I traded one of my kayaks for some work on the new house, I was in the need of a fourth kayak so we could take friends out on the water. I decided this was the perfect reason to create a video series on building a budget fly fishing kayak. The series would also be a nod to other kayak anglers, like Zoffinger, sharing their tips on fishing kayaks.