Showing posts from July, 2013
Show all

In the heart of summer 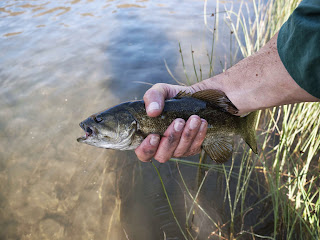 The spring fishing season started with a surprising successful trip to Hagg lake on opening day. The surprise was finding a pod large of rainbows on Scoggins Creek arm. The Hobie proved its worth that day easily pedaling from the Sain Creek arm which had frustrated me that morning.      The following weekend wasn't nearly as successful but I did land another big stocker. During the next couple months, trips to Harriet Lake, Benson Lake, Willamette River, Tillamook Bay, Deschutes River, Columbia River and Swift Reservoir were all mixed with some days outstanding while others a total bust. The trips are all recorded on my YouTube channel.             The weekend before 4th of July was the highlight of my summer so far when my son, Sam, and I joined friends of Western Rivers Conservancy on a four day float trip down the John Day River. The canyon was stunning and the guiding and support from Little Creek Outfitters  made it a trip that will likely be a lifetime memory for my son.
Post a Comment
Read more
More posts