Showing posts from November, 2018
Show all

A Productive Salmon Season in a Year of Low Returns 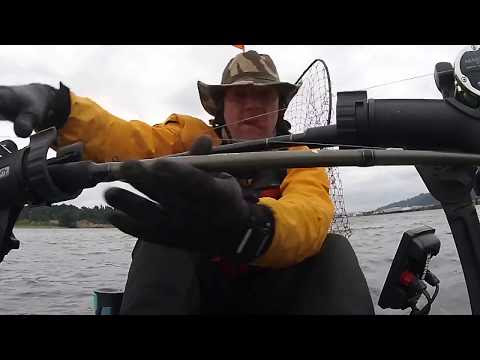 This year has proven one of my best yet for putting salmon in the kayak. After a slow start in March and April, I hooked eight and landed six spring Chinook "Springers" on the Willamette River. All were hatchery fish and most were 30-plus inches. They were all caught with my red and orange hand-tied spinners and Pro-Troll 360 flashers. The Springers were caught in May and June, typically the end of the season. These two months seem to be my most productive. Two years ago, I landed six, and had two, two-fish days. This year, I never hooked two fish on the same day, although I had more days catching fish. Most days were spent focusing on the tide changes, and I was usually off the water by noon. I was fortunate because the run was about 25 percent lower than expected and many anglers had a rough season. I spent July fishing for smallmouth bass in the Willamette and Columbia, and spent a few days in August anchored in the Columbia fishing for fall kings. The fall season p
Post a Comment
Read more
More posts